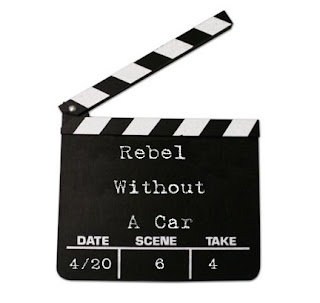 "I don't believe in purchasing offsets because I think that is bull!"," says Enci as she prepares to produce her first environmentally responsible film. "Everybody who has money can pretend to be green by paying other people off and that, to me, is bribery. It doesn't do the community or the planet any good."

Despite the title of her short film, At What Price? Enci's story is not about environmental recklessness it is the tale of child abandonment set in her native Hungary circa 1978. Inspired by an event in her childhood that forever changed her life Enci, an actress, decided to write and direct the film herself.

"The idea to do At What Price? sustainably or at least try to make it with as little environmental impact as possible was a natural choice. Then the brainstorming started," says Enci who with her husband, producer Stephen Box, started listing all the benefits that the community and the production crew would get from a sustainable film project. "When I'm on set as an actor, I'm always aware of the waste and the 'bad' elements that a production brings, including making enemies with neighbors and communities. I do believe in partnering with the community and with the neighborhood."

Giving Back to the Community
The local community - in this case East Hollywood - was important to Enci's internal green dialogue. Catering for the film production will be serviced by local restaurants and produce vendors. The crew will be asked to bring in their own coffee mugs while washable utensils and plates will be provided with meals. The location of the shoot in East Hollywood is readily accessible by public transit and the crew is encouraged to avail themselves of L.A.'s public transit system to help minimize parking issues with local citizens and thereby shrink the production's environmental footprint further. Enci is also partnering with a local organization to plant trees in the neighborhood as a testament to her willingness to ensure a green film with a lasting benefit to the community. 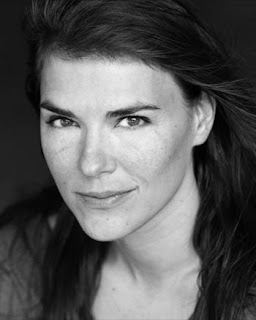 Enci's pre-production checklist includes facilitating most decisions online where possible. Casting calls were via electronic submissions and all paperwork relating to the film is done online as At What Price? is a SAG production. This simple procedure mitigates paper waste. Production meetings are held in locations that are convenient to and accessible by all modes of public transport. "Up to this point," says Enci "the 'green' journey has been somewhat conceptual with a bit of drama thrown in as we grapple with shade-grown versus free-trade coffee choices for our production meetings."

With shooting of At What Price? set to commence in July, Enci has looked into sustainable lighting, set design and film options. If necessary, her outfit, Rebel Without a Car Productions, has even looked into the availability of a solar-powered generator.

The Green Machine
"My husband and I are getting a team together that is quite a mix," she says with regards to the crew that will see her film dream come to life. "Some are already 'green', carfree, vegetarian, and some are not even close to being green. We don't just want to preach to the choir, we want to inspire those who are not thinking about their carbon footprint or the future of the planet.

"All these people are very excited about helping and being part of this production. I also hope to inspire the 'non-green' people in our production to be more sustainable, to drive less, to bring their own mugs and to order their drinks in glass or china when they sit down in a coffee shop. I would also like to encourage them to buy locally grown fruits and vegetables or grow some produce themselves."

"Living sustainably has been always close to my heart," states Enci as she explains that her environmental concerns predate this film project. "I came to the U.S. almost 13 years ago and I love it here in America but I always found it shocking how much is wasted. Food, disposables, idling cars, a/c running with doors and windows open, etcetera. Through all my years of living here I have tried to recycle - even when it was difficult because recycling bins were not always readily available. I've always used canvas bags when I shop and I started riding a bike when my husband, not only encouraged me, but also rode along with me everywhere, until I felt comfortable enough to ride on my own," she says before adding proudly, "Now we're both car-free!"

Returning to the subject at hand, while groups and organizations exist to promote environmental films very little has been done to date with regards to producing these films in an environmentally friendly manner. Sustainable, energy-efficient filmmaking is such a novel approach that a code of standards for the film industry was only released this year.

Best Practices is New Territory for Hollywood
The Code of Best Practices in Sustainable Filmmaking also has a list of web resources to help filmmakers adapt best practices in a sustainable fashion. This resource runs the gamut from carbon calculators to companies and organizations that provide gold standard carbon offsets. Opposed to offsets as the folly of the rich Enci's production will employ someone to calculate the film's carbon footprint. "I take note of every meeting and every footprint that we leave behind." 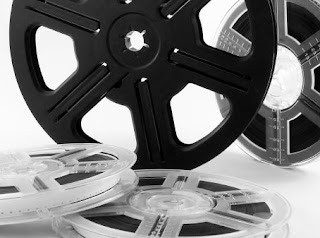 "A lot of people tell me how difficult it is going to be," Enci states with regards to her dual challenges of being not only a first-time director which is a challenge unto itself but to also make that production a sustainable film as well. "To tell you the truth, I think it is a bad excuse to be negligent and say, 'Well, it's my first time, I don't have time to waste on such silly things as 'waste management.'"

Will and Determination
Enci is adamant that she will prove her detractors wrong. "I think it's going to be easier for me than anybody else because I don't have a set way of doing things. I would like to believe that because I'm starting it out right I will have it better and easier."

"I do hope that this endeavor - however successful I will be with it - will set some of the ground rules for future productions. I can't stand plastic cups and bags and forks and styrofoam plates and such," she says alluding to the rampant environmental waste produced on other film sets. "It will really ruin my focus if I'm not free of that on the set. If this film brings publicity to sustainable filmmaking then all the better because people will take notice and hopefully be inspired to be more sustainable in their own lives."

The production of At What Price? is also being followed by a documentary film crew. The subject of that film is Enci's own foray in producing her own sustainable film. Enci muses that, "We’ll get two films out of one shoot. Now that is sustainable!" 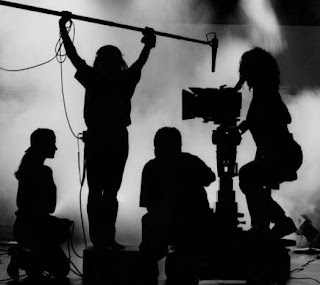 Email ThisBlogThis!Share to TwitterShare to FacebookShare to Pinterest
Labels: At What Price?, Enci, sustainable film production

Film sets are notorious for disposable food and packaging.

Checkout keepcup.com for the morning and afternoon latte runs

Hello, I'm Nicole from ecofreek.com- a search
engine for free and swap items. Our mission is to provide a
means for people to find items they need while reducing
landfill waste.

We would much appreciate a review of our site or any
feedback to help improve our service.

My alternative form of transit is...